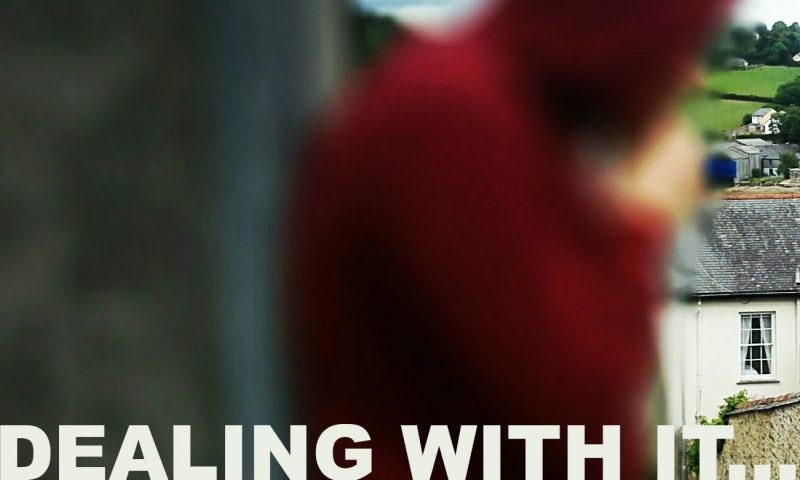 Fascinated by the technique of scriptwriting as a form of professional writing during my final Masters, I  dipped my toes in the water and finally found my feet as a scriptwriter by writing what I know…

This is a feature based on my second novel. Started during the lockdown in November 2020 as part of the #NaNoWriMo group writing event.
The book is now being adapted into a script…think Coccoon meets Ready Player One!

On the brink of selling her house to pay for her medical care, a forgotten 40-year-old augmented reality game provides the answer to all Lauren’s problems. The only thing that stands in her way is an ambitious programmer and the Amazetech corporation who threaten to close the games’ profitable loophole.

This short film scriptwriting began life as a play after watching the dealers on the estate operate blatantly outside our back garden. It provoked a great deal of family discussion and somehow just got stuck in my head until I had a chance to write it with the help of the amazing Jane Pugh…

Margaret has been forced to downsize following the death of her husband who has remortgaged their house in Surrey to finance his secret gambling addiction. Unable to stay in Surrey she relocates to Cornwall, secretly hoping that her son will ask her to move in with his family. When the invitation is not forthcoming all she can afford to buy is a two bedroomed apartment in a once-elegant Regency captain’s house which sits at the edge of a social housing estate, far below the standard of her previous home.

With no husband, a disinterested son and an alien environment, she struggles to cope with her new world and angrily hankers after her comfortable past. In an effort to manipulate her son Margaret refuses to leave her house, feigning fear of the group of youths who frequently gather in a nearby alleyway to buy and smoke weed. In an effort to prove to her son that she should not be living on her own she starts a photo journal with the intention of handing it to the police. However, her curtain-twitching does not go unnoticed and there are consequences.

Margaret is pulled into the world beyond her window when a drug deal goes wrong, and one of the youths is left beaten and bleeding in the alley.  Conflicted by her reluctance to become involved but moral obligation to help, she begrudgingly helps the youth, Tom.

A relationship develops between the unlikely pair, and Tom’s backstory reveals a string of hopeless family situations. Realising that Tom is also the victim of circumstance an unusual relationship develops which proves beneficial to both of them. Tom realises there is a way out of his situation that does not have to involve drugs and Magaret comes to terms with her situation and accepts her new life.

A secret journal and a surprising legacy begin a daughter’s journey to uncover the uncomfortable truth of her mother’s past.

A family drama with thriller overtones based over two eras and three countries, which explores the theme of love and betrayal. Adapted from a novel of the same name I have reworked my book to become a 4 part, 30-minute single-camera, closed-end TV series, set in England, France and Canada which delicately slips between the 1960’s and present day.

You bumble through your life, dealing with it, going with the flow.
Until one day everything changes.

You begin to understand that you’ve been sold a massive lie.
You realise something happened before you.
And the person you thought you knew hasn’t always been that person.

Then as you uncover the fragments of their secret, you discover who you really are and who you want to be.

This intricate family drama reveals a mother’s intriguing story of love and betrayal alongside her daughter’s desire to find out the truth about her mothers past. An obsession which takes her on an unexpected journey when she discovers hidden letter and photographs which hint at a family secret and a expose an undisclosed legacy.

Faced with discrimination at work, a writer loses her job and is forced to rebuild her life when wrongly implicated in a social media sex scandal.

Written as a prequel to  Seasons (see below), this short film script addresses the lack of privacy in today’s social media-obsessed society and throws light on the disparity between the sexes in the workplace that continues to dominate media headlines.

This short film introduces a relaxed carefree family whose lives are turned upside down by the scandal of a husband’s extramarital encounter.  His wife faces unwanted, intrusive extra male attention and is pushed to her limit when propositioned by a colleague. When she lashes out her failing marriage is exposed and she is faced with disciplinary action which could end her career.

A ski-mad English family move to the Alps in search of a better life, only to discover they have bitten off more than they can chew in a small French ski resort.

My very own ‘Salt Path’, this series is based on real-life events but written as a long-running HE TV drama franchise instead of a book.

When offered jobs in a French Ski resort by a friend an English ski-mad family jump at the chance to start afresh. Strangers in a strange land the family have limited spoken or written French to help them with their task of setting up a new life and business in the Alps.

Life at the top of a mountain is not all they imagined it would be and they learn by their mistakes after dealing with some very peculiar guests, a series of challenging situations, and the most bizarre events.

If you would like to discover the research behind the story planning for Seasons, please take a look at my journal entries…

SEASONS New to the game I have only dabbled briefly with scriptwriting in the past when adapted the first few chapters of my unpublished novel for a university project. My second project in this genre of writing was far more adventurous and time-consuming. I had a very clear idea of what I wanted to do. An […]

SEASONS I never need an excuse to sit down and binge watch TV, but researching with a critical eye to evaluate the craft behind the characters, structure, and plots meant I really needed to pay attention. The obvious place to start was with some of the most relevant more famous sitcoms such as Fawlty Towers, […]

SEASONS All the investigation into TV series prompted me to throw myself into the library and Scriptmag, Screenplay: The Foundations of Screenwriting (by Syd Field) and Writing Long-running Television Series: v. 1  (by Julian Friedmann) to identify the real differences between TV series and sitcoms. The boundaries are definitely greying, but the overall differences are that […]

SEASONS Some of the situations our family faced in the Alps were almost too ridiculous, despite being real and this is often a problem with adapting material from true life. As highlighted in Writing Scripts for Television, Radio, and Film (by Edgar E Willis and Camille D’Arienzo), there is a fine line between the boring, […]

SEASONS It’s not all about the plot though. Characters can make or break a TV series. They need to be complex and how they react to situations will not only determine their values but reveal who they really are. The audience can love them or hate them, but they need to feel a connection. Character […]