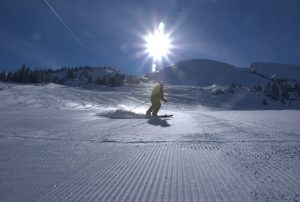 All the investigation into TV series prompted me to throw myself into the library and Scriptmag, Screenplay: The Foundations of Screenwriting (by Syd Field) and Writing Long-running Television Series: v. 1  (by Julian Friedmann) to identify the real differences between TV series and sitcoms.

The boundaries are definitely greying, but the overall differences are that sitcoms are comedies, with the length of each episode restricted to 30 minutes. Although even this is being challenged now.

There is some inherent humour evident in the situations that occur in the day to day interaction with my lead characters, the Jones family, the French community and the guests themselves, but it is not slapstick.

So after a workshop session to brainstorm this issue, the feedback firmly placed Seasons into the category of communal drama. After all, the overriding aim of the lead female protagonist  Annablel  is to try her best to maintain order in the home and business lives. The chaos is generally created by the actions of her own family, the chalet guests, the suppliers and her boss. So the premise for the series originally started as…..

A visually rich drama set in the Alps which follows a struggling English family, with a love of outdoors as they become the centre of a European money-laundering network in a small French ski resort.

Now I had identified the tone of the series as a thriller/drama with some light and dark elements brought about through crisis points created by the guests and day to day living in a foreign country, I needed to get down and write the pilot.